Why I Write Romantic Stuff- Part 2 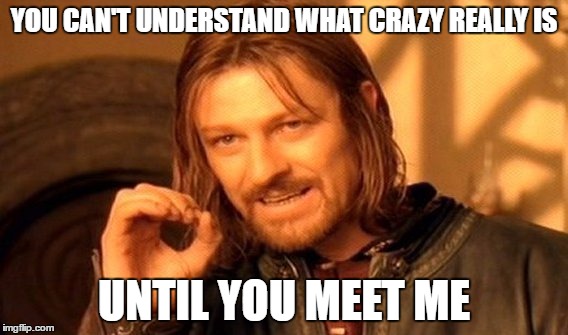 ***In case you’re wondering, here’s PART 1 of the saga a.k.a How I Met Your Father, though I don’t have any children, so what gives?***

I slept over at my friend’s house after the party. Well, sleep is an understatement. That cute blond boy with a dimpled chin couldn’t get out of my head.

Then I remembered that I had his phone number.

Holy shit! I was going to call him. Was I really that desperate, or was he really that special? Before I figured it out, I was already calling, well, texting, because I’m shy and socially awkward, and if I had called him, I’d probably have said something stupid like, “Isn’t it a lovely day to fart?”

I can’t remember what I wrote. I guess I just asked him how he was, and if he wanted to, like, do something together or whatever, you know, really kept my cool there.

Silence followed, for a reeeeally long time. That’s the downside of texting, if you ask me: it makes ignoring people way too easy.

But the phone rang, and yes, it was HIM!  He was one of those guys who preferred calling to texting. In his defense, he was ancient, you guys.

So we talked, and then we decided to meet after I was done working on Monday (Blondie was on holidays visiting my country, Brazil, which is an awesome place and you should totally visit, tell them I sent you).

So we went to a bar, and we talked, and drank, and ate delicious finger food.

At some point, he turned to me and said, “I think I’m falling in love with you.”

And I was like, “Yeah right, that man talk won’t work with me, buddy.”

He smiled in and adorable way, his blue eyes kind of puzzled and amused at the same time, because here’s the deal: He had actually meant it.

He was falling in love with me ON OUR SECOND FREAKING DATE!

By the way, Blondie looked a lot like this hot dude, but maybe that’s because I really digged him.

I look a lot like this lady, but maybe that’s just because I really dig myself.

So we had a fun night, and in the end, I went home alone. I should tell you that I was a bit of a prude before I met Blondie, but that totally changed later. Oh yeah, this turns into 50 Shades of Grey, because on our next date, I decided I’d give him access to my glorious va-jay-jay

It was an easy decision: He was foreign, he was only there for a few days, and YOLO.

I wrote a super detailed report on the whole ordeal, but let’s skip that because our families might read this someday, which would make things beyond awkward.

SPEAKING OF FAMILIES, BLONDIE MET MINE A DAY LATER. See, my family is run by three lionesses: Mom, Grandma and Auntie, and they all had the opinion that every gringo was up to no good; that they only came to Brazil for drugs or prostitution. Plus, lionesses are EXTREMELY protective of their cubs (Also, they’re all-knowing, wise, and possibly superheroes).

So the next day, I was kind of brainwashed by them, and I told Blondie, “Maybe it would be better if we stopped things here. I mean, you’re clearly a drug dealer.”

And he was all like, “Speaking of drugs, are you using any right now?”

I shrugged and gave him a knowing wink. “Come on, every gringo who comes to Brazil is either into drugs or prostitution.”

He laughed. “Are you serious?”

Sadly, I was. So he told me the obvious, “For Christ’s sake, I’m not a drug dealer.”

“Aha, that’s exactly what a drug dealer would say,” I countered (pretty good point, if you ask me).

He scratched his forehead and winced, because he was very white and had spent a day at the beach, so his forehead was peeling a bit. Which means he looked like a lobster, though an adorable one. But I digress.

“What can I do to make you believe I’m not a drug dealer?” he asked rather patiently, with that smooth voice of his that’s more beautiful and soothing than any sound on this Earth.

I shrugged. “I don’t know.” I suddenly thought of a brilliant solution. “Meet my parents?”

HE DIDN’T EVEN FLINCH OR THINK TWICE, YOU GUYS! HE DIDN’T EVEN CONSIDER THE POSSIBILITY THAT I WAS CRAZY, WHICH HONESTLY SHOULD’VE CROSSED HIS MIND AT LEAST THREE TIMES DURING THAT PARTICULAR DATE.

That’s how life is sometimes, and you can’t explain why. He met my parents on our FOURTH DATE because I thought he could be a drug dealer.

Naturally, my three lionesses loved him instantly. Gone was their askance and doubt, soon replaced by the eagerness of fan girls. They asked him if he wanted more food, if he was comfortable, the whole shebang. At some point, I thought I should remind my mom that I was her daughter and that I was the one who should be pampered, not the guy I had met LESS THAN A WEEK AGO.

I will add that he had the advantage of looking like this: Sadly, the next day was his last day in Brazil.

We said goodbye, sexually and verbally speaking. After that, he dropped me off before heading to the airport.

Leaving that cab was one of the hardest things I ever did. See, in only a few days, I had fallen for a stranger who lived a thousand miles away. This amazing person was leaving, and I wasn’t sure if I’d ever see him again. In fact, I had the gut-feeling this was it. Our fairy tale had ended.

As I left the cab, holding back the tears, I knew it was over. Even though we had agreed to keep a long distance relationship, I knew it would never work.

I cried for a really long time that day, and it wasn’t the cry that comes in sobs. It was a discrete cry, the kind that lasts for hours and never really leaves. The kind that tugs at you when you least expect, a cry that is always there with you and doesn’t go away.

That’s how much I had fallen in love in just a few days.

And now my love story had come to an end.